Who doesn’t love a summer wedding? Long, hot days, too much alcohol, uncomfortable clothes…what’s not to love? So while it’s true that we Brits don’t “do” summer very well, we’re pretty good at doing weddings. They don’t go on for days, the food is usually pretty damn good, and unless your wedding day clashes with the footie, you have everyones’ undivided attention. All the stars aligned recently for Helen and Matthew, when they held their summer festival-themed wedding reception just after Glastonbury weeekend in a bloody big barn on a friends’ farm near Bromsgrove.

The lucky couple worked tirelessly (so Helen tells us) on every aspect of the wedding. The main thing they wanted to get right was dressing the barn so that it looked rustic but not like a working barn – the smell of hay and horses was not really what they were after, so they spent a lot of time working on lighting and flowers (and scented stuff) to make the room suitable.

They also spent a lot of time finding the right wedding entertainment. Friends had suggested that a solo singer might be good, but as avid festival goers (Glastonbury, V-fest, Latitiude, even Burning man), Helen and Matt felt that only a live band would cut the mustard. The problem was that they and their wedding guests have such eclectic tastes that surely no band would be able to construct a playlist to get everyone on the dancefloor? Then they found FOUR ON THE FLOOR BAND.

It’s true – we do have a very broad repertoire, spanning the 19650s to modern charts and including indie, classic rock, pop, soul and more, but when the happy could told us that their first dance was a song by Interpol, we knew we were in different territory. They submitted a list of songs which seemed to be straight out of the NMEs’ “indie bands you should know if you want to appear really cool”  – including the aforementioned Interpol, We are scientists, Bloc Party and Babyshambles.

Here’s where being able to consult a highly experienced professional band really helps. Now you may be a huge fan of the above bands, and that’s great, but as the wedding reception demographic isn’t usually restricted to cooler-than-you indie kids but also includes guests who like music but don’t necessarily listen to the indie exclusively as well as more senoir family members, it’s important for a band who wants to please everyone to play something for everyone.

So, working with bride and groom, we constructed to separate playlists – one focussing on indie anthems for our second live set, and one featuring more rounded classics from rock, pop and soul. When we presented this to Helen and Matt, they hired us there and then. It’s possible that another band may have just gone ahead and played indie all night, making for a distinctly one sided affair. If that had happened, there would have been some unhappy guests, and of course, you wouldn’t be reading this right now!

But you, which means that Four on the Floor played the gig and Helen, Matt and guests loved us! Helen said,

“Just a quick note to say thank you so much for Saturday night – you got everyone on the dancefloor for both sets. I didn’t think I’d ever see our younger guests dancing to ‘Brown eyed girl’ or my 75 year old dad dancing to Chelsea Dagger!”

If you’re struggling to work out how to entertain all of your wedding reception guests, talk to Four on the Floor. You know it makes sense. Call us on 0796 433 5657 for more information. 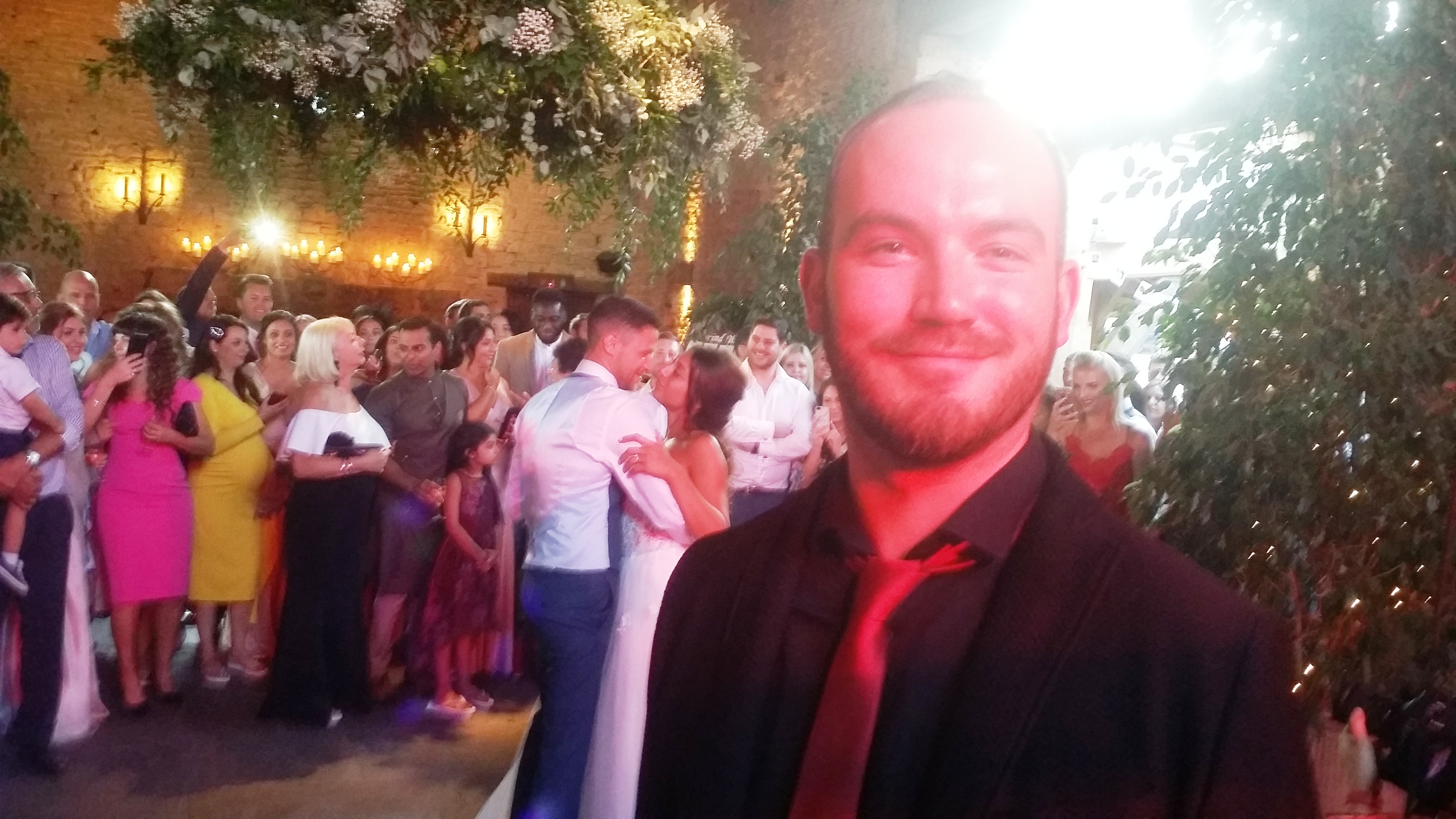 About the Author: kester